Hello Fellow detectorists I just want to say what a shame that whites went out I owned several of there detectors such as 5900 professional series detector, DFX , MXT, and a few others but I always wanted too try a whites v-3 I but now since there not in business any longer it concerns me to buy one I currently own a minelab Etrac but I'm a true whites fan and would like to own a v-3i someday but still have concerns about repairs and parts

If I could get one at a reasonable price within a one hour drive distance I'd buy it in a rush for sure. You say you own a DFX and a MXT, do you have a coil collection for both? If so, what are you afraid for? Anyway, good luck & happy hunting.
Knick-Knack Paddywhack, Give The Dog A Bone...​
5

vito said:
If I could get one at a reasonable price within a one hour drive distance I'd buy it in a rush for sure. You say you own a DFX and a MXT, do you have a coil collection for both? If so, what are you afraid for? Anyway, good luck & happy hunting.
Click to expand...

I still own all of my Whites machines, starting with the free 5900, hence my member name. The V3I was my first ever paid for detector and I used that religiously from 2010 to 2016. Then I went over to the dark side, FBS, with new friends with those machines. It still says that I learned the V3i more seriously than any metal detector after I began metal detector.

Every time I grab my V3i for a specific reason these days, or for fun testing, it amazes me how good it analyzes targets, using the polar display. Working with the detectors following it, makes me appreciate the V3i more.

It is understandable being concerned about support after Whites Electronics went down. That was a disappointing event. I would still buy one now, if it was a "good" seller and priced low, and looked good. It would be nice to get new, recent reports about the left over service centers for Whites, and the real world experiences from service events. My V3i is still solid today. Btw, the DFX and MXT coils won't really work on the V3. They aren't nulled for 3 frequencies.

vito said:
If I could get one at a reasonable price within a one hour drive distance I'd buy it in a rush for sure. You say you own a DFX and a MXT, do you have a coil collection for both? If so, what are you afraid for? Anyway, good luck & happy hunting.
Click to expand...

I feel your pain!
I was in absolute love with White’s for 10 yrs. My dad still is. I started with a 2b then 4900d. Next came a Silver Eagle. This was a game changer, especially with the 4” coil. This turned love to passion! After 3 yrs. I was lucky enough to get a MXT Pro. That’s when passion turned to obsession! Once I learned that machine, I just couldn’t believe it. I eventually stumbled upon the trick for “Alt” mode and absolutely lost my mind!
Have the Dx-1 probe, great set of headphones, I was in heaven.
And well 35hrs of swinging a week for years took its toll on my elbow. So I got an ORX. I have to say, that was one of the hardest things I have ever had to do. I was die hard White’s! It took a long time to bring myself to do it. I almost felt like I was cheating on my old lady.
The ORX is a great machine, but I do miss White’s. I still have all my detectors and will never part with them. I do miss the multi-tone!
Sorry, this has nothing to do with the V3i but I would say find you a nice one from a reputable sponsor and go for it!
Man…… I don’t think I’m over it after 2yrs. Guess I needed to talk about it.
I dig with and because of my DAD!

My first detector was a White's Coinmaster 1986

sasquache said:
No I owned Them years ago.
Click to expand...

Anyway, if you can get a hand on a clean one for a reasonable price I'd say, go for it. Worst thing that can happen is you get the money back when selling it.
IMHO
GL & HH 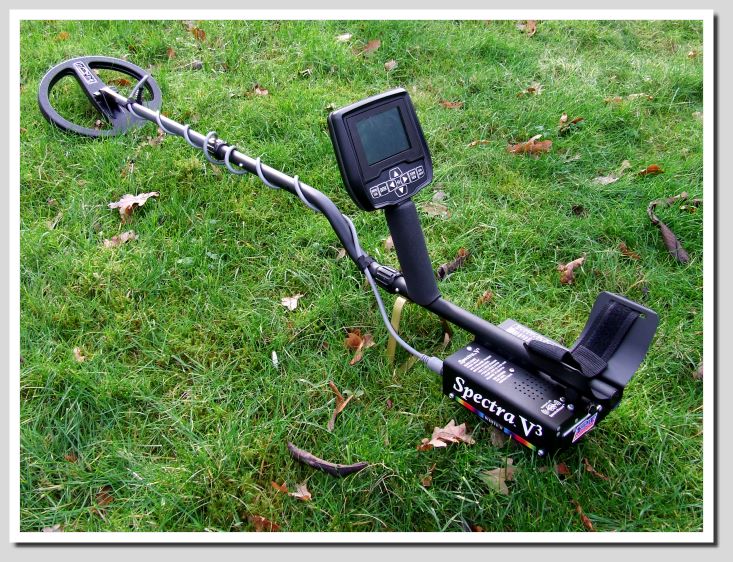