Got out yesterday for a 3 hour hunt at a local elementary school. There is a disc golf course on the grounds along with a softball field and playground equipment, I spent 95% of my time searching the disc golf area. I was finding a fair amount of clad which included a couple quarter spills. While making my way up a short grassy bank, the F70 sounded off on a target, 88, 89 vdi. At three inches down I felt the target before actually seeing it. If felt large and round, could it be a large token of some kind? After wiping off a little of the dirt I saw that it was an Ike dollar coin, only my third ever over a lot of years metal detecting.
Also found one wheat cent, 55d, and got one silver for the day. Over near the school building I found maybe the smallest toe ring that I have ever found, but it is marked 925.
The Kennedy half I found on a previous hunt from a week ago. It came out of the ground dirty, but nowhere near as dirty as the Ike dollar. I was tumbling some quarters the other day and threw the half in with the quarters. It came out looking like it had never seen the dirt. GL&HH 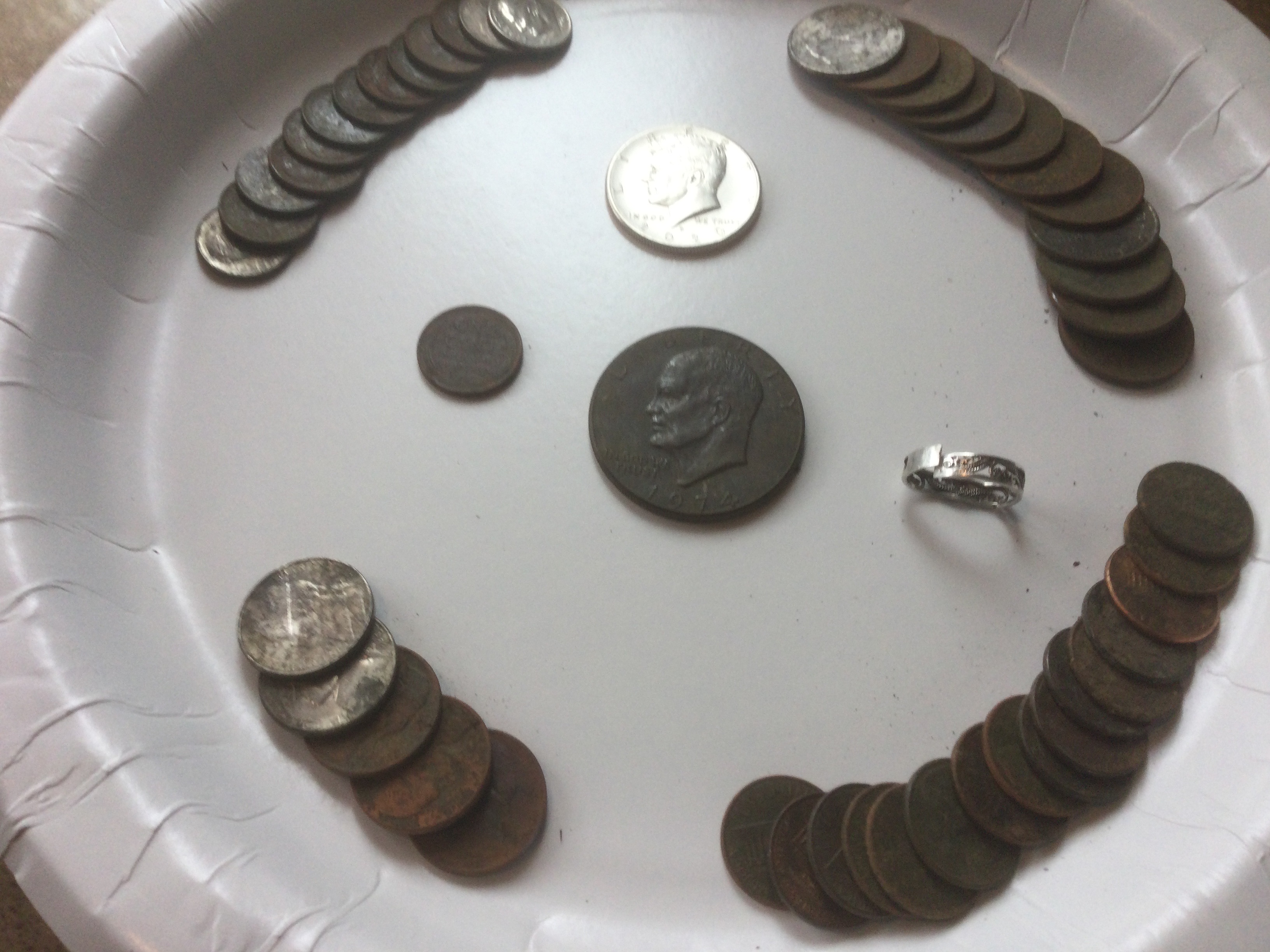 Congrats to both you and the F70. Looks like you had a good outing. Curious which search coil you used?

Its amazing how loud an Ike can sound in the headphones….. I usually suspect junk but when rusty dusty Ike shows up makes you feel good. Dont see the really big coins all that often!!! Good hunt!
Retired deputy sheriff. The wife said I needed a hobby and it could not be a girlfriend. So far the Fisher F5 is the perfect girlfriend, light on her feet and lets me lead across the dance floor!
M

Monte said:
Congrats to both you and the F70. Looks like you had a good outing. Curious which search coil you used?

Ronstar said:
Its amazing how loud an Ike can sound in the headphones….. I usually suspect junk but when rusty dusty Ike shows up makes you feel good. Dont see the really big coins all that often!!! Good hunt!
Click to expand...

Thanks Mark (ohio), those IKE coins are so large, I am thinking that if someone did lose one, someone else would come along and spot it before it had a chance to sink in the ground. Anyway they are fun too find, just don’t come around very often.

Thanks sl52, that’s what I’m thinking too. Go back some time, low and slow, listen for the whispers.

rick in mi said:
Nice hunting larbear. I once found a small silver ring at a beach. Never till now dawned on me it could be a toe ring lol. hhrick in mi
Click to expand...

Hi rick in mi, I have four sisters, I don‘t recall any of them wearing toe rings. I think it has gotten more popular in the last twenty years or so. With piercings getting more popular, now there are nose rings, eyebrow rings, tongue rings, nipp rings, what’’s next?
You must log in or register to reply here.
Share:
Email Share Link
Menu
Log in
Register
Install the app
Top