Hidden in the Beaver Islands Archipelago in the far northeastern end of Lake Michigan, are old French and Mormon colonies, now long forgotten. Big Beaver Island was the headquarters for French trappers and hunters long before the first permanent settlement was established around 1603, but this settlement later disappeared without a trace. In 1847, a Mormon colony was founded near present-day St. James. That colony eventually closed and its site burned.
C

This old copper mining town is located at the northern tip of the Keweenaw Peninsula, on the northern side of the Upper Peninsula. In 1843 copper was discovered, and a small town grew up, booming as a copper mining, lumbering, and port town. The mines faded by 1867, and Copper Harbor followed suit. Today it is a tiny tourist-oriented resort.
C

From 1812-1822, the British operated Fort Drummond here, but abandoned it when the area was determined to be on American soil. A number of logging camps and lumber mills were also located on this island off the eastern tip of the Upper Peninsula.
C

Duncan City was a logging town, and was the county seat of Cheboygan County from 1853-1857. It was located on the southern point of Duncan Bay, in the present city of Cheboygan. Duncan City once was more important than Cheboygan, supporting a sawmill, and acting as a fuel stop for Great Lakes steamships. In 1898 the sawmill burned and the town was abandoned.
C

Active between 1843 and 1867, this copper mining town was once located 15 miles west of Copper Harbor, at the west end of the Upper Peninsula. The post office was closed in 1959.
C

This iron mining and smelting center was located off US 41, just west of Ishpeming. It boomed between 1865 and 1875, and was a company town, supplying all the necessities for the smelter crews. Once the hardwood forests were stripped, the smelters slowed, which affected mine production. When the smelters shut down the town died. All that remains are a few ruins hidden in second growth forest.
T

Does anyone know of a Ghost town called Bungtown near Wolverine Mi in Cheboygan county? How would I get there (directions)
Thanks
G

or for more research try the Clarke Historical Library at CMU
http://quod.lib.umich.edu/c/clarke/ehll--conn?view=text

From what I could find out Bung Town might have been a stop on the Michigan Central Railroad. If you can give me a little more info I can do a little more research
Garrett AT Pro
R

But HOW TO GET there?
H

Are you able to Metal Detect on Beaver Island?
H

Have you ever Metal Detected there?
R

By clicking on the above link you get some interesting Info
about Drumund Island.
RObt2300
T

Has anyone heard of a ghost town on the west coast just north of Saugatuck called Singapore?
R

The Mystery of Singapore, Michigan
by deecat Updated Sep 28, 2009

4.5 out of 5 starsHelpfulness
All That's Left of Sinapore, Michigan

Favorite thing: One of the strange happenings in this area has to do with a town that disappeared: Singapore, Michigan. The only evidence of this once thriving town are the sands near the mouth of the Kalamazoo River. It is Michigan's most famous ghost town.

This actual town was founded in the 1830's by New York land speculators. They somehow thought that Singapore would be bigger and better than Milwaukee, Wisconsin, or Chicago, Illinois! Because of its busy lake port and its lumber industry, it was a important town up until 1870. It had 3 mills, 2 hotels, a few general stores, and a bank known as a "Wild-cat" bank.

At that time, Singapore was far bigger and more important than its neighbor, Saugatuck [which was called "The Flats" at that time].

They just kept chopping down the trees, and once the timber was exhausted, then the mills closed and the waterfront had no business. Of course, the people left [most of them moved to Saugatuck].

What happened to the town...it was gradually covered over by the Lake Michigan shifting sands and is part of the dunes today. It effectively became a ghost town. I did a little research and discovered that the only real evidence is a few obsolete bank notes.
R

Thanks for the link Robert, interesting read.
E

Couldn't someone get permission to go on the private property with a metal detector over @ Singapore.Michigan? Over there by Saugatuck. Someone could put antiques they find into a museum or similar place.Maybe a few items. or take pictures of what they find. Something?!!
S

tomccue said:
Does anyone know of a Ghost town called Bungtown near Wolverine Mi in Cheboygan county? How would I get there (directions)
Thanks
Click to expand...

Give me a couple days to see if I can find it.
S

tomccue said:
Does anyone know of a Ghost town called Bungtown near Wolverine Mi in Cheboygan county? How would I get there (directions)
Thanks
Click to expand...

Not much luck finding Bungtown.
One said three miles from Trowbridge but no direction. My guess would be along the tracks ?
S 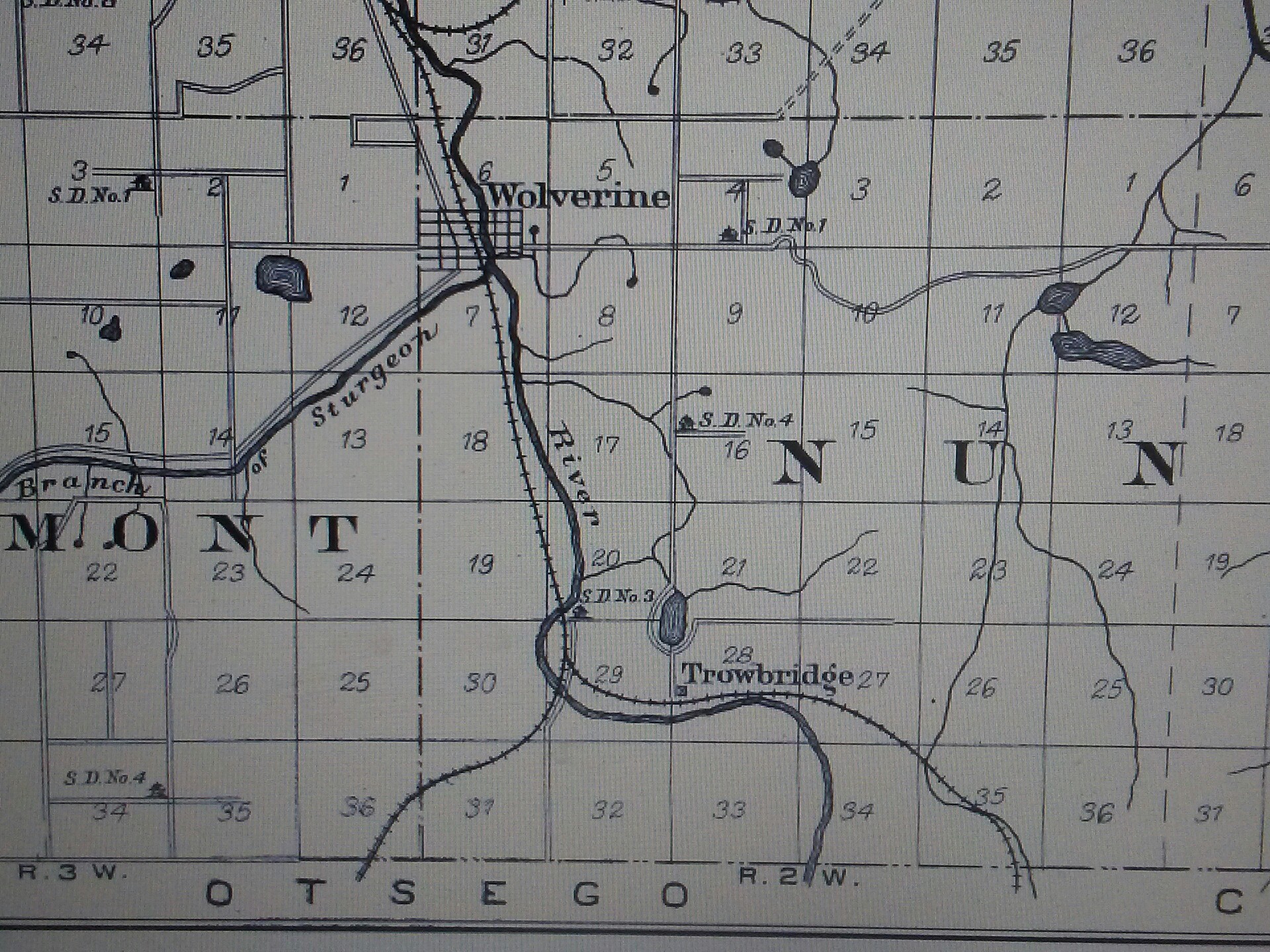