I haven't had much time for detecting this year, and only have about 15 hours on the Vista X. But the more I use it, the more I want to use it...

Recently, four houses from the early 20th century near me were torn down to make room for a condo development. At least one detectorist hunted them before the demolition (he's friends with the crew boss); now that they are just a vacant lot, I and a number of others have tried our luck. Some good things have been pulled out, but the EMI from the nearby light rail train station is just nuts, amongst the worst I've experienced.

I decided to try hunting where the backyards had been, since that's further away from the train station. Had sensitivity at about 30 and threshold at about 35. Primary disc was at 20; alt was 30. I was using the 5.75" coil. Digging is pretty easy, so I decided to dig almost anything that sounded good from all directions with the primary disc. As you'd expect, there were a lot of targets and I did dig some junk, but none of it was ferrous and some of it was coin-like (washers, etc.). And I also dug the interesting little tag in the photos.

It's the old-fashioned equivalent of a wallet card that has a summary of your insurance policy. No one in our club had seen anything like it before. I haven't been able to find much info on the company other than that they incorporated in 1894 and changed their name in 1914, so that gives a pretty firm age range for the item.

Definitely one of the odder things I've found, and I'll definitely be going back to those house sites to hunt some more. I know there's still good stuff there if you're able to fight through the trash. And the X is able to 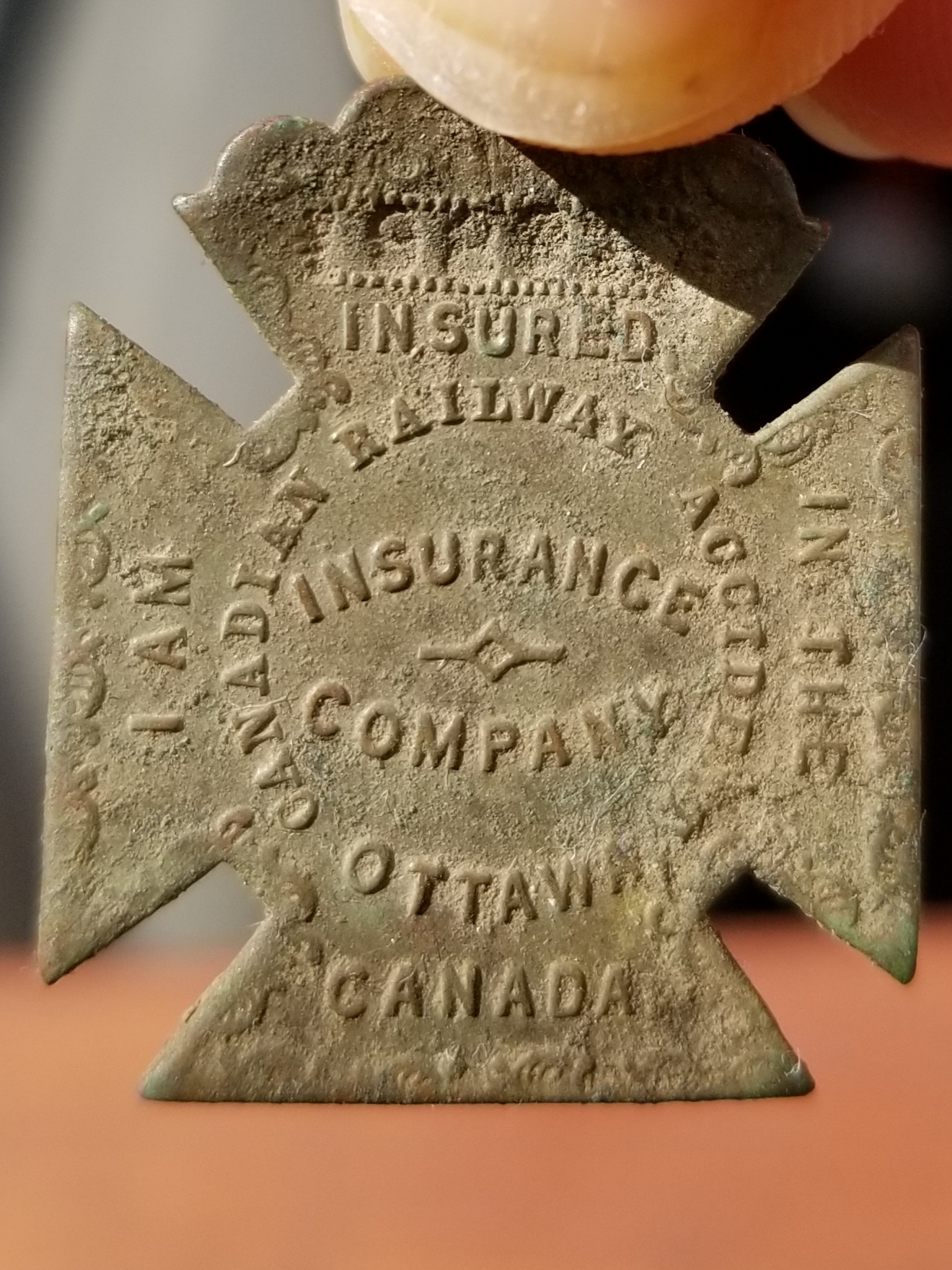 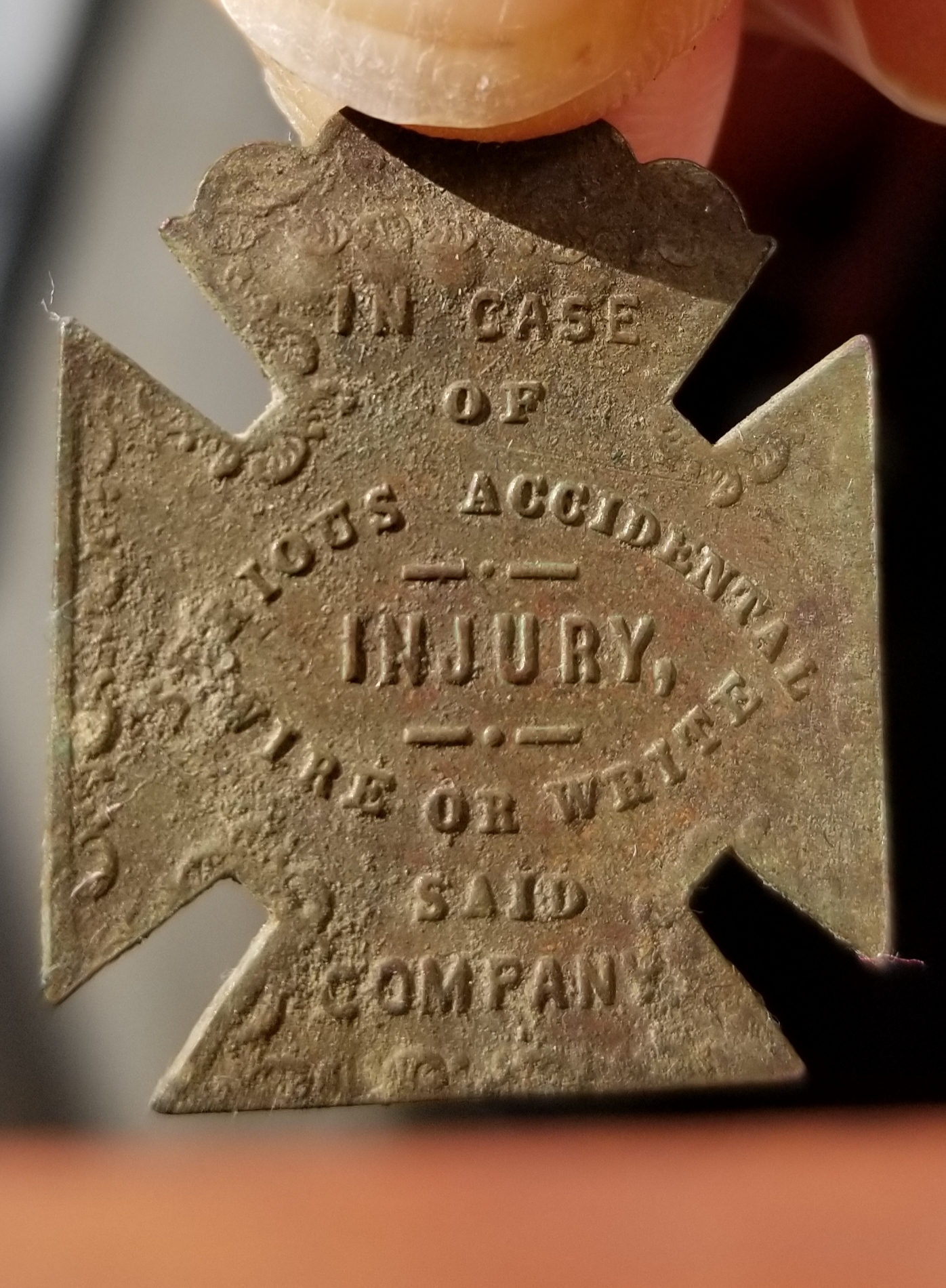 Very nice piece of History you rescued there Kitt. I tried lowering my discrimination on some sites, but at age 71 it just drove me Nuts. I'm just a park hunter but like you it's hard for me to leave the X at home. Right now the ground is dry as powder, so I've switched over to Crappie fishing. Hope your luck continues.

Dancer said:
Very nice piece of History you rescued there Kitt. I tried lowering my discrimination on some sites, but at age 71 it just drove me Nuts. I'm just a park hunter but like you it's hard for me to leave the X at home. Right now the ground is dry as powder, so I've switched over to Crappie fishing. Hope your luck continues.
Click to expand...

Thanks, Dancer. I hear ya about the discrimination. When I'm hunting a park or anywhere else that requires careful plugging, I set the primary disc to at least 30. And I find it hard not to set the Alt disc a lot higher and cherry-pick with that

This site is nice, though, in that it's just dirt and doesn't seem to have a lot of modern trash. A great place to use the X.

Its made like Southern Cross of Honor badges for that period same shape .