Anyone else practice archery? 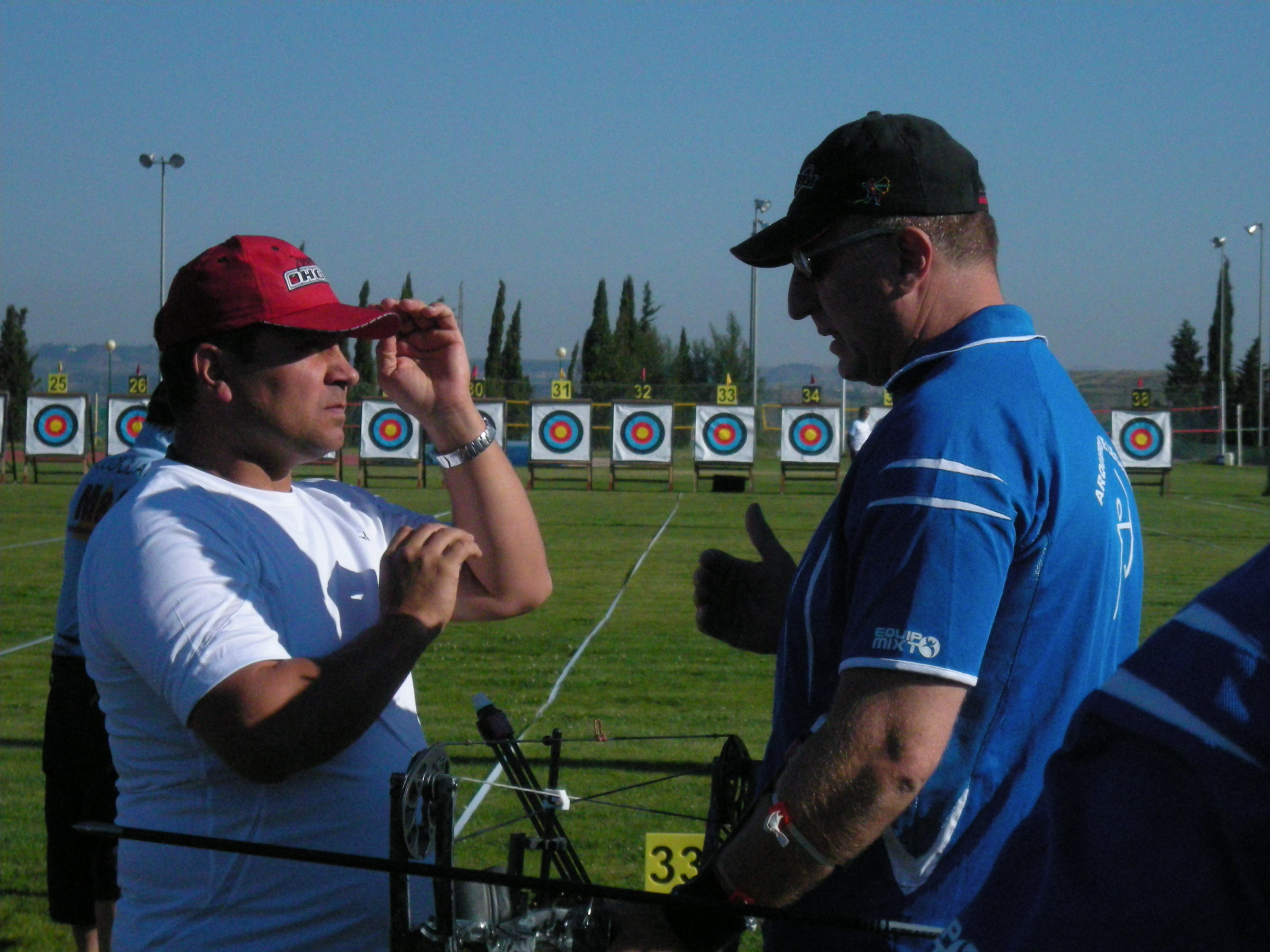 Me, the one in the blue shirt, with my Bowtech and my friend, during a break
Used: Tesoro Euro Sabre, Minelab Excalibur, Goldscan 5.

Never got into stick flinging, purely a lead lobber!!!! I have handgun hunted which in theory is close to archery (distance and stealth).
Retired deputy sheriff. The wife said I needed a hobby and it could not be a girlfriend. So far the Fisher F5 is the perfect girlfriend, light on her feet and lets me lead across the dance floor!

Ronstar said:
Never got into stick flinging, purely a lead lobber!!!! I have handgun hunted which in theory is close to archery (distance and stealth).
Click to expand...

I have also been a "lead" shooter in the free pistol and compressed air mode.
Less and less, I don't have time for so many things, haha
Used: Tesoro Euro Sabre, Minelab Excalibur, Goldscan 5.
H

I hunted with Recurve bow's for many years. Still have 3 or 4 custom made bow's now. But I don't hunt or shoot anymore. I was in to Shooting Traditional bow's.
Minelab 505,Tesoro compadre, Pro pointer,Tesoro Sand Shark, Equinox 600.
S.P.Q.R. Maryland

hunter12 said:
I hunted with Recurve bow's for many years. Still have 3 or 4 custom made bow's now. But I don't hunt or shoot anymore. I was in to Shooting Traditional bow's.
Click to expand...

I have hunted with a traditional bow once, but not big game. Rabbits, pigeons, etc.
It is a modality, very beautiful
Used: Tesoro Euro Sabre, Minelab Excalibur, Goldscan 5.
T

I use to bow hunt deer for years but too old now [Recurve then compound bow's] I miss it but...

I miss bow hunting. But age caught up with me. My shoulders will no longer tolerate pulling a bow. I hunted with a compound but shot a custom made recurve just for fun. Even after flinging tens of thousands of arrows at a target with that recurve i never felt competent to deer hunt with it. Some days my accuracy was outstanding and some days the target laughed at me.
Minelab Sovereign GT With an assortment of coils
Garrett Pro Pointer
Leche digging tool
Minelab Excalibur II
T-Rex 9.5 wet sand scoop

I miss, those long seasons of competitions shooting at 90,70,50 and 30 meters. My friends and the rest of the competitors. Sometimes we have more than 200 people in a competition competing for a podium.
Bow hunting is prohibited where I live now ...

I have an old Jennings Arrowstar that hasn't been used for a while. Archery could help feed you if times get real bad.

Bow hunted back in the late 70's and early 80's. To old now due to shoulder and knee replacements. We hunted
squirrels, rabbits and deer.

hunter12 said:
I hunted with Recurve bow's for many years. Still have 3 or 4 custom made bow's now. But I don't hunt or shoot anymore. I was in to Shooting Traditional bow's.
Click to expand...

.I use a crossbow now used to use an old pse compound. The crossbow is much like a gun to 50 or 60 yards. Most of my takes are 30 yards and is quite effective. Most deer don't go more than 30 or 40 yards . The mechanicals they have now are deadly. I like it them for quick ethical kills.
D

I enjoy archery, also enjoy making bows such as the osage selfbow I'm carrying in this picture.

It is a sport that requires discipline like sailing. It has been very popular in recent years.
ismet guralp
Bodrum - Turkiye
Good Luck & Happy Hunts & Have Fun
C

Back in 1960 when I was 10, our parents got us an archery starter kit. It was a straight fiberglass bow with arrows. I took to it.
I went hunting for game and snuck up on a cotton tail rabbit. Took my best shot and he was just a rabbit from then on. No more tail.

On my 13th birthday my dad took me to a professionial archery store and has me sized up for a 30 lb recurve and lessons.
Back then there were no sights for aiming. It was all instinct. Three finger release with a glove and arm protector
Yesterday was my birthday. Let's see, that was 59 years ago.
That summer in '63 i purchased a fishing arrow set up with a string and spool and went to the lake. Saw a blue gill swimming in the shallows. Bullseye on the first shot. Later my cousin and I would take the row boat and line up to let the wind push us into the lilly pad area where the gar pike hang out. I would stand up on the middle seat legs spread for balance. It was like shooting at hammer handles. I would get 3 or 4 a day.
As time moved on i out grew that bow but not the memories..
Over the years I had 3 compound bows. A Ben Pearson, an Oneida and now a Diamond Bow Tech I fitted with a hollographic site.
I have a crossbow too.
I have not participlated though since my back surgey in 2017.

. Got me wonderin if i still can? 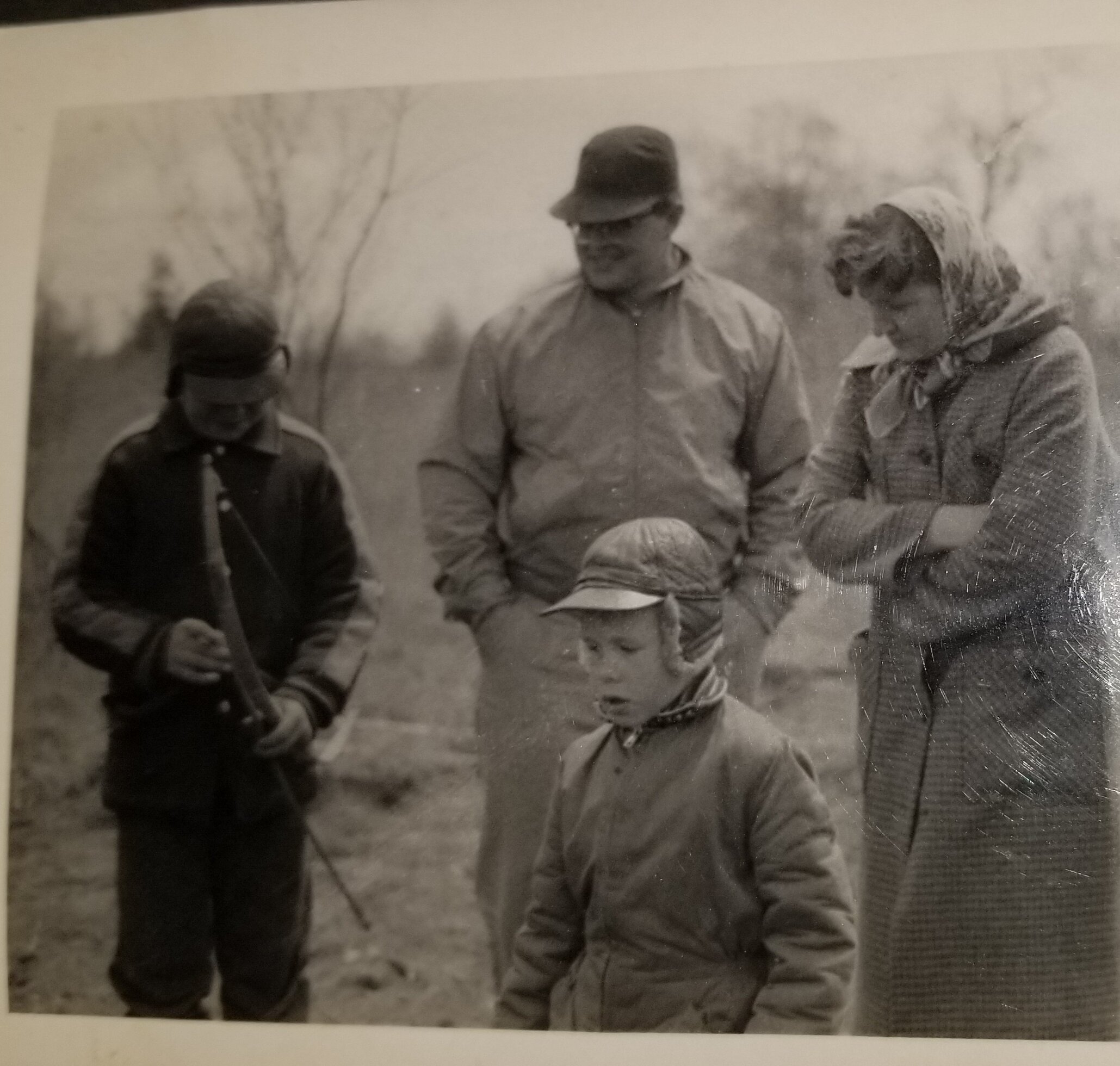 Darin Putman said:
I enjoy archery, also enjoy making bows such as the osage selfbow I'm carrying in this picture.
Click to expand...

Making me a longbow is a task that I have pending.
Used: Tesoro Euro Sabre, Minelab Excalibur, Goldscan 5.

The Lost Ring said:
It is a sport that requires discipline like sailing. It has been very popular in recent years.
Click to expand...

I was about to go to Antalya, your country to an international competition.
Used: Tesoro Euro Sabre, Minelab Excalibur, Goldscan 5.
You must log in or register to reply here.
Share:
Email Share Link
Menu
Log in
Register
Install the app
Top