Five cents with four coins! And 1909 gold coin not my find it’s a beauty!

Found a nice green that was between two sidewalks old near a civil war fort I found one plug that was already cut so someone had been detecting recently.
It never deters me lol and my first signal was a derp penny turned out to be a Indian I found two other IndiansI had a real deep very bad signal it turned out to be a two cent piece!
I have not been able to pull a date on it the ring is 18k electroplated bummer!
I went back on Sunday to hit another spot right near by and ran into another man Fred who detects and he showed me some of his finds one included this beautiful 1909 $2.50 Indian head gold coin which I’ve included a picture of he allowed me to snap a picture so thats two gold coins found relatively close to each other with the Indian head I found 4 years ago kind of crazy how we met and had made very similar finds. 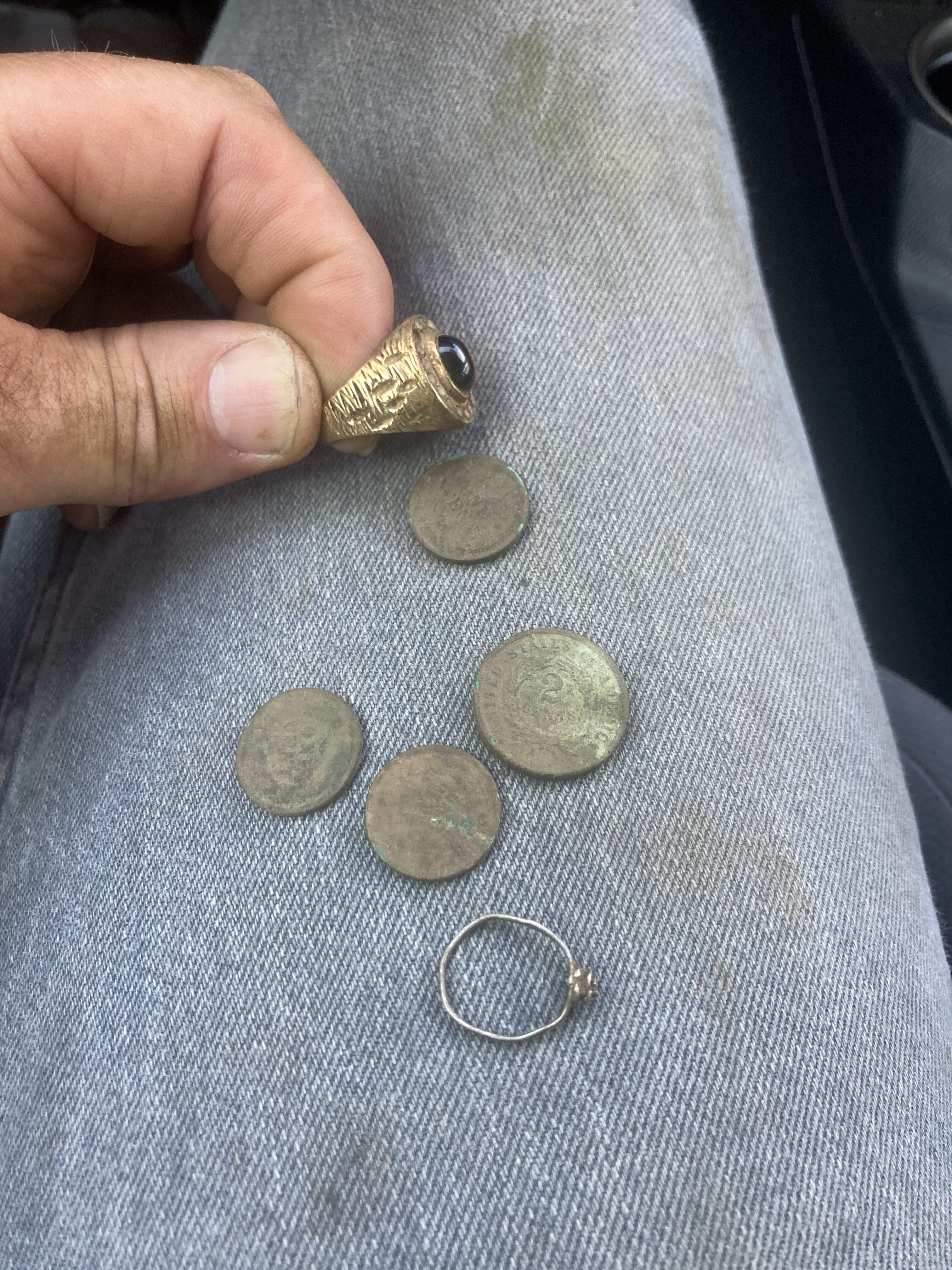 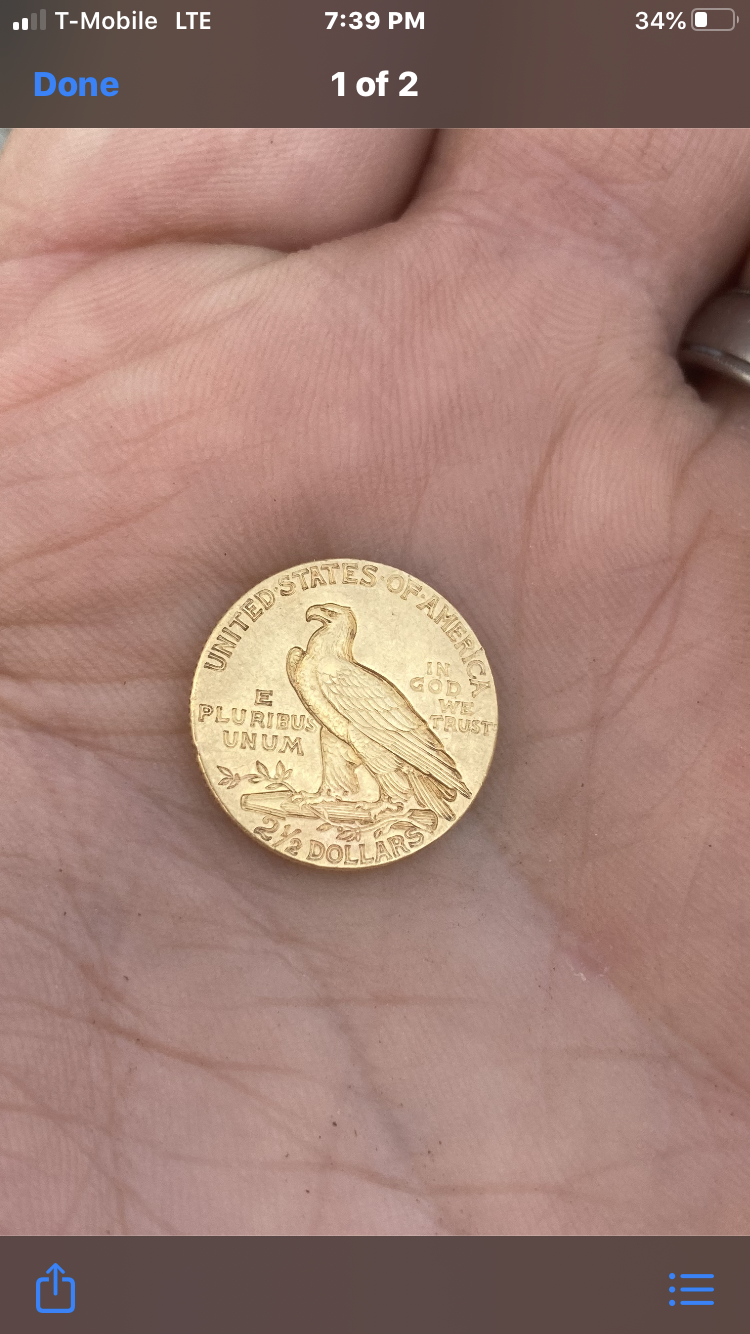 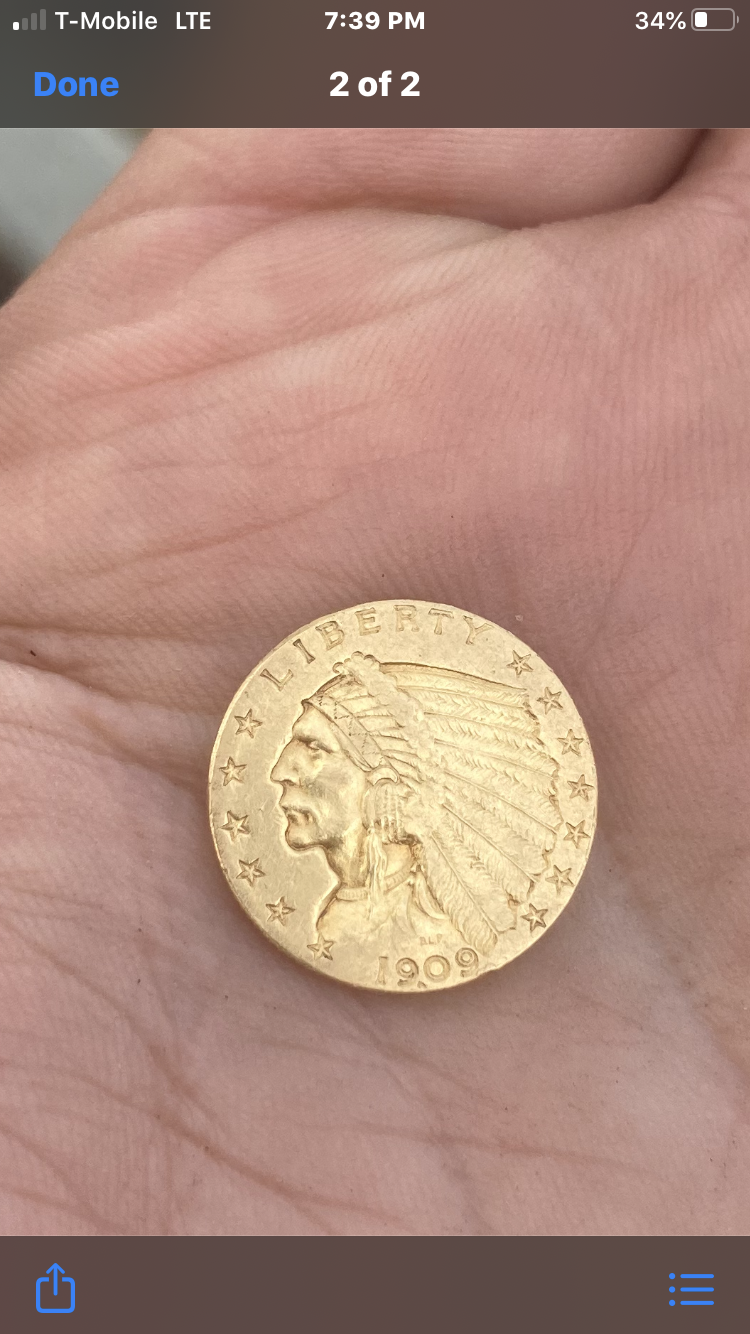 Psalms 24:1 The earth is the LORD'S, and all it contains...But God shares with us who search

Mkus, that’s a good way to add up to five cents! Nice find for sure.
I love your new buddy’s gold coin, very cool.
Tony
Tony 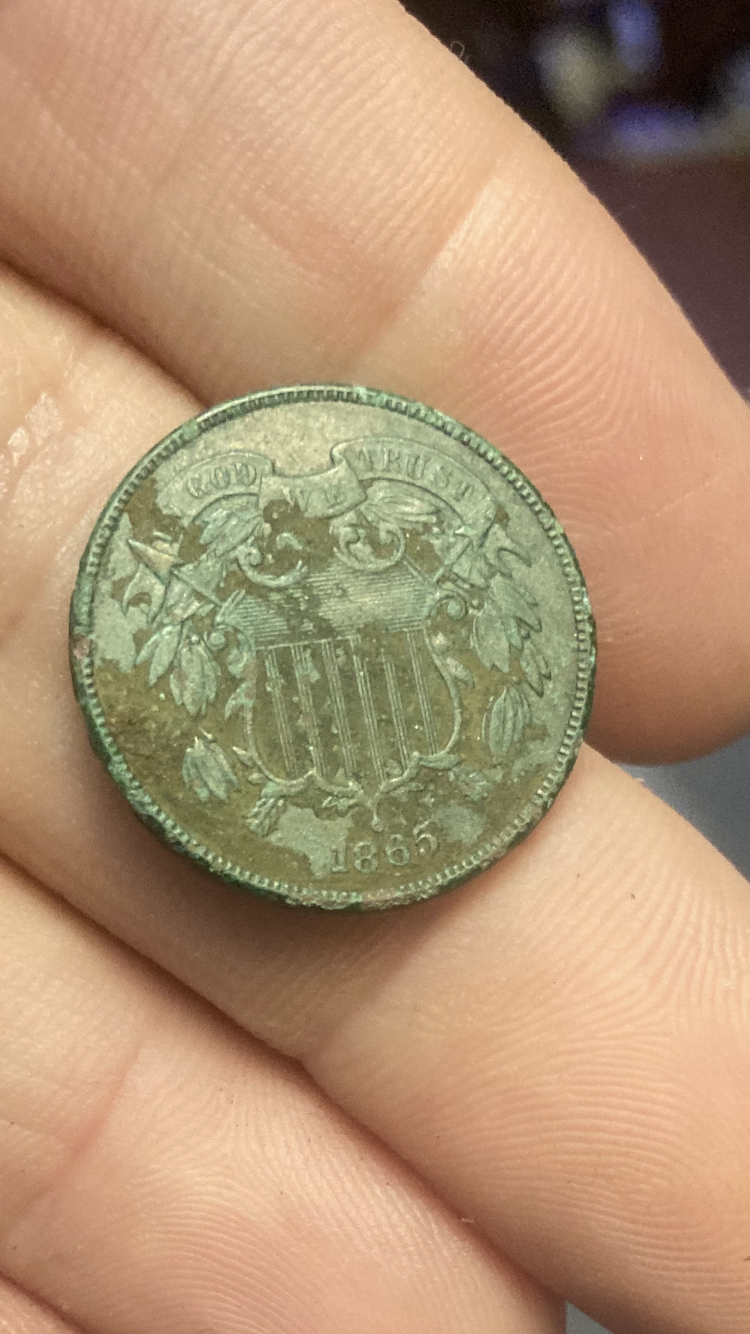 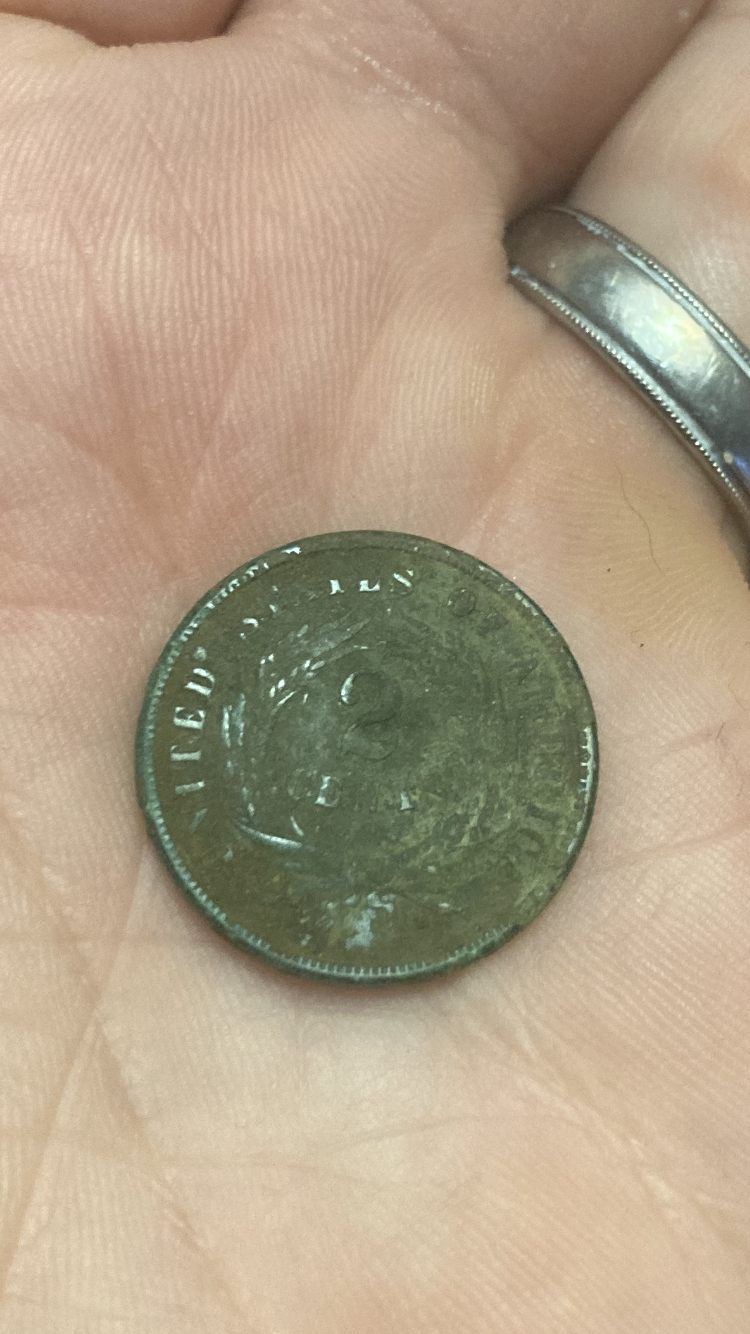 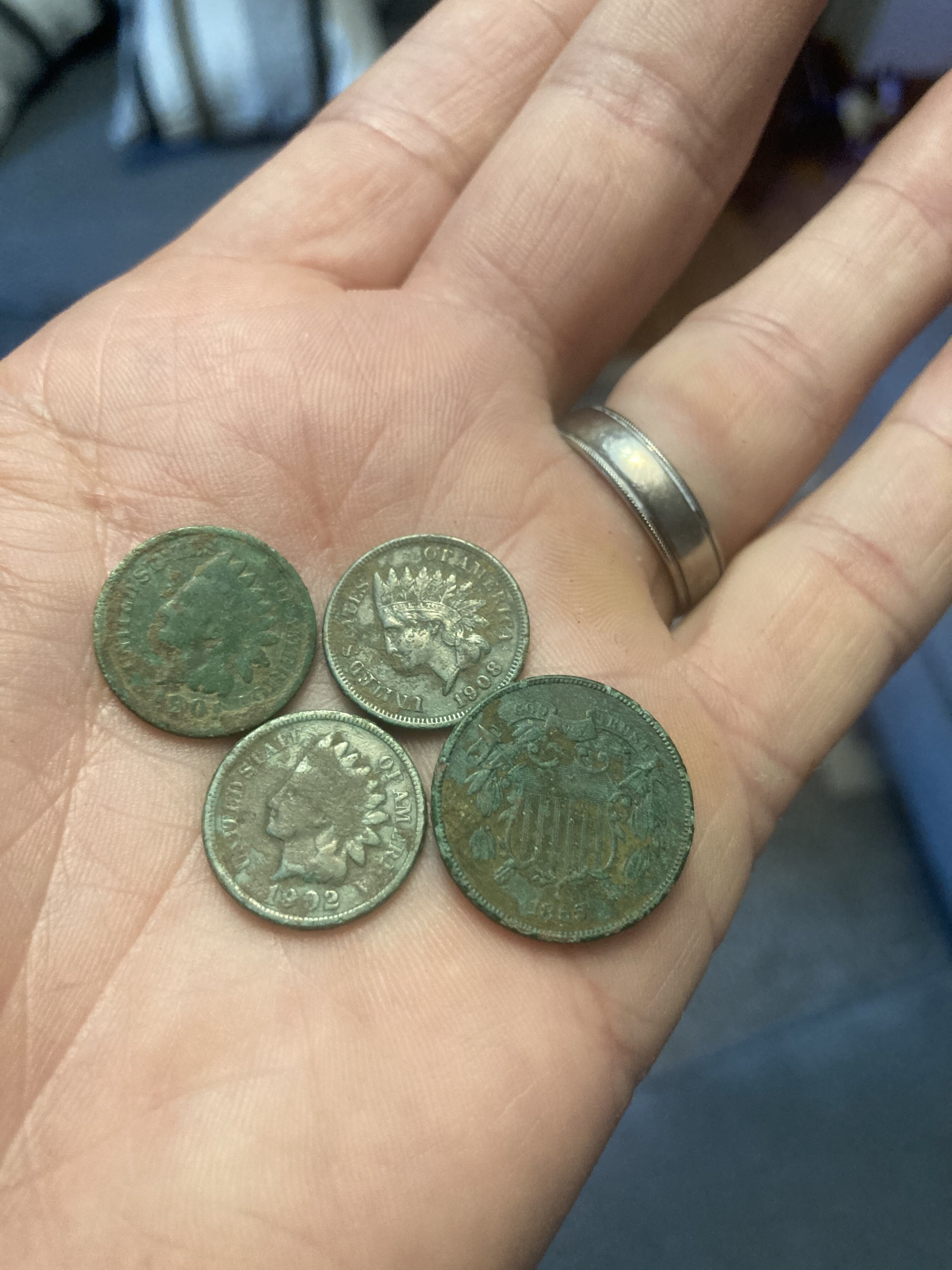 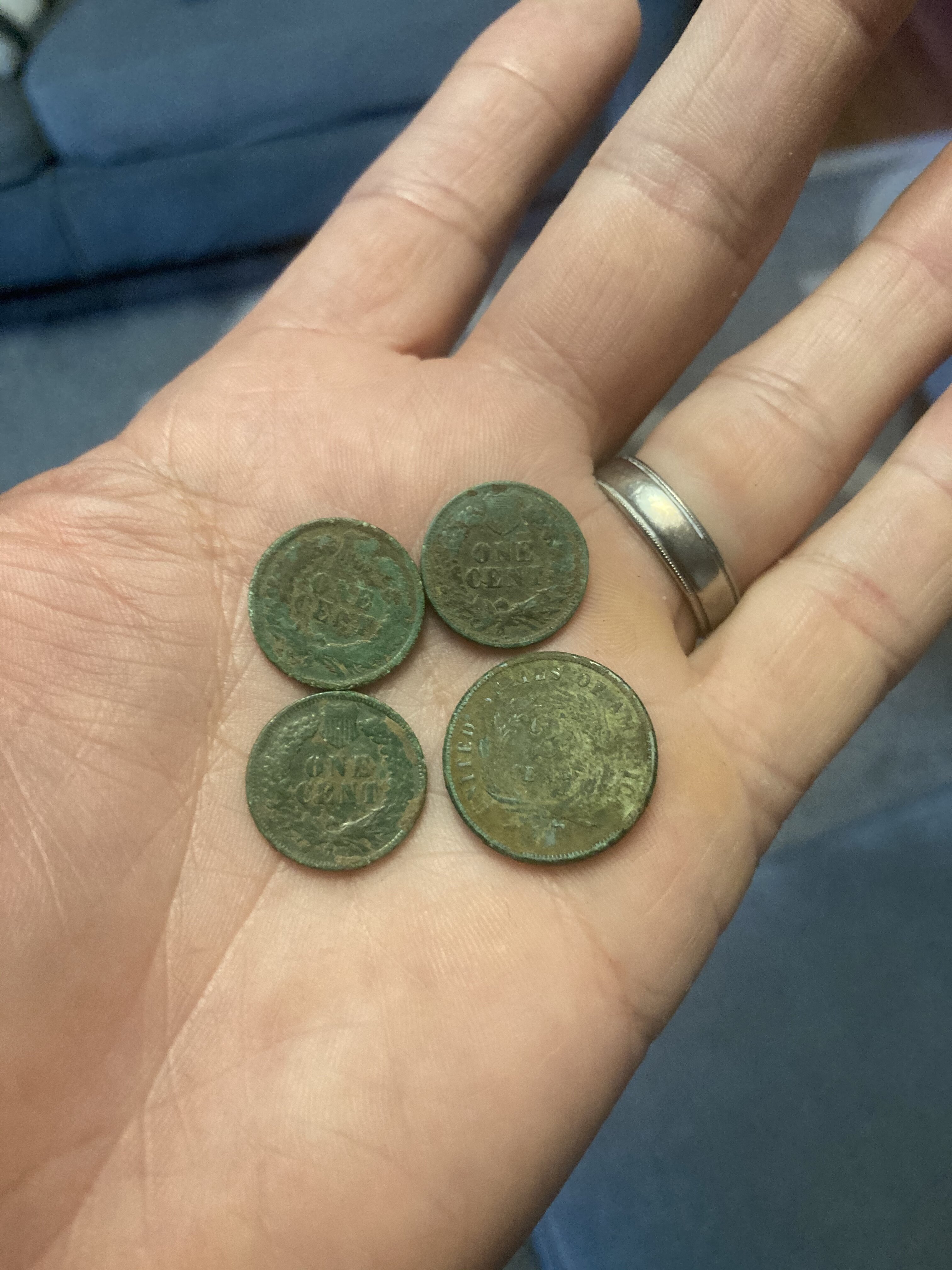 Psalms 24:1 The earth is the LORD'S, and all it contains...But God shares with us who search
T

Nice finds Mark... that 2 cent piece is in very good condition for being in the ground for so long.
That gold coin is a beauty too.

I still remember that day I dug the French dime cuz it was goldish colored. They should make a law only gold is goldish colored!!! Good finds on the old American “gold”
Retired deputy sheriff. The wife said I needed a hobby and it could not be a girlfriend. So far the Fisher F5 is the perfect girlfriend, light on her feet and lets me lead across the dance floor!
F

Congrats on the 2 center and Indians. Nice.
W

48 years and still no gold coin but there could be one tomorrow. Great finds and a great story.
J

wildwilly, we are one and the same. I also have 48 years with the hobby and no gold coin either. I have found 2 Panda bear 1/10 oz gold coins in bezels, but still looking for the U S model. HH jim tn

Thanks guys Using the nox 800 of field 2 it’s crazy I was detecting Sunday same spot got a buffalo and met up with Fred who found the gold coin real nice guy we hunted most of the afternoon together.
I think he like my equinox and now wants to buy one got a lot of clad and one buffalo same strip of grass... 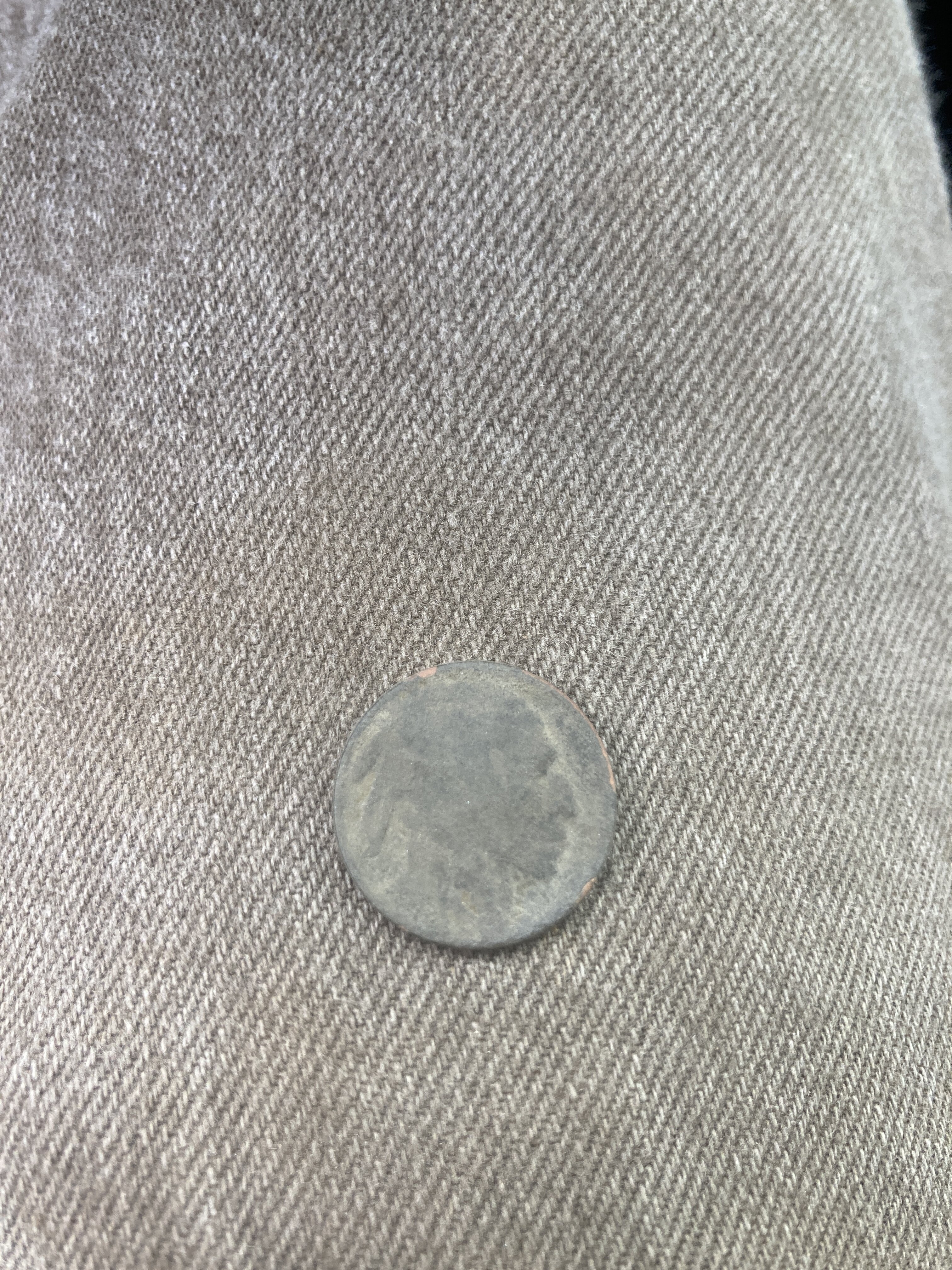 Psalms 24:1 The earth is the LORD'S, and all it contains...But God shares with us who search

Nice detail..that soil seems to put a somewhat protective coating them... never find a 2 center yet myself..

wildwilly said:
48 years and still no gold coin but there could be one tomorrow. Great finds and a great story.
Click to expand...