Tom, his friend Tony, and I went on a 2.5 day weekend detecting adventure a couple of weekends ago.

This was the highlight of my finds, one of 56,000 minted, considered the key date Seated Liberty Quarter, sans the Carson City issues: 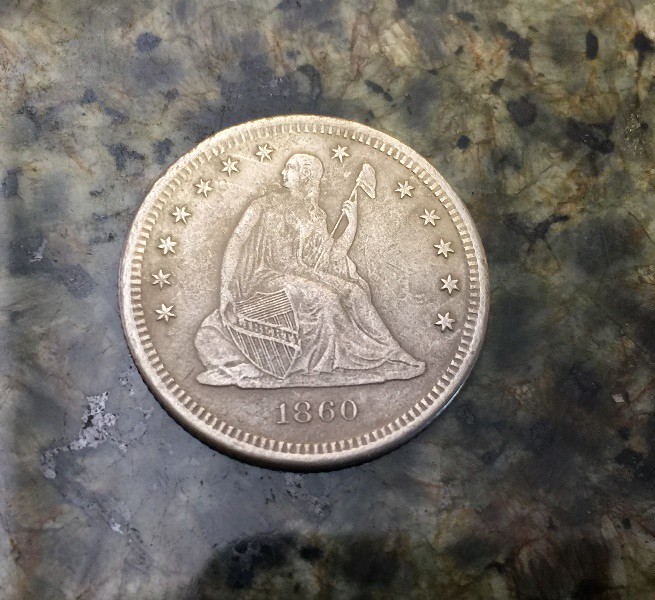 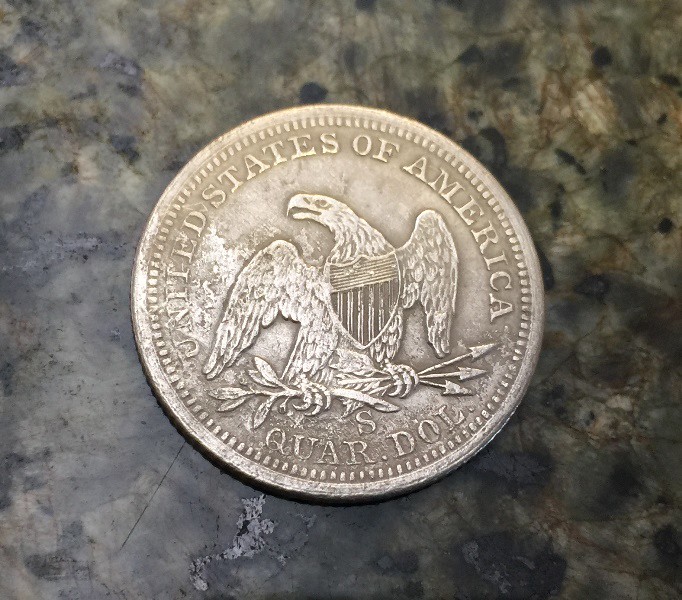 First site visited was a civil war era encampment that the Union Army frequented that seems to pork out lots of buttons and lead, a few relics, and very few coins (which seems really odd?). Id' say that by now, between Tom and I alone, that we've dug well over 600+ conductors there, of which only two were coins. No belt or cartridge box plates, no bit bosses, only one company letter, no regiment numbers, seems odd, but I'm not complaining, I enjoy finding civil war era buttons and lead, and heck we don't even have to go back east B)- Even though research seems to indicate this was mainly a cavalry camp, this is the first button we've found that actually had a cavalry C in the shield. Also that little bit on the bottom right, is actually a two piece button, the front seems to have some kind of goldstone that they polished out a letter "S" and left the rest matte finished. It's a tiny button, if it hadn't had a button loop on the back, I'd likely thought it was a bit of junk - lol

Does anyone know what this is? It was a heck of a signal, some kind of cast bronze/brass decorative thing, we're thinking it could be part of an old gun (see above next to the buttons for a size estimate)???

It definitely has a pre-industrial revolution era hand cast look to it like items we find at late 1700's/early 1800's Spanish era sites. 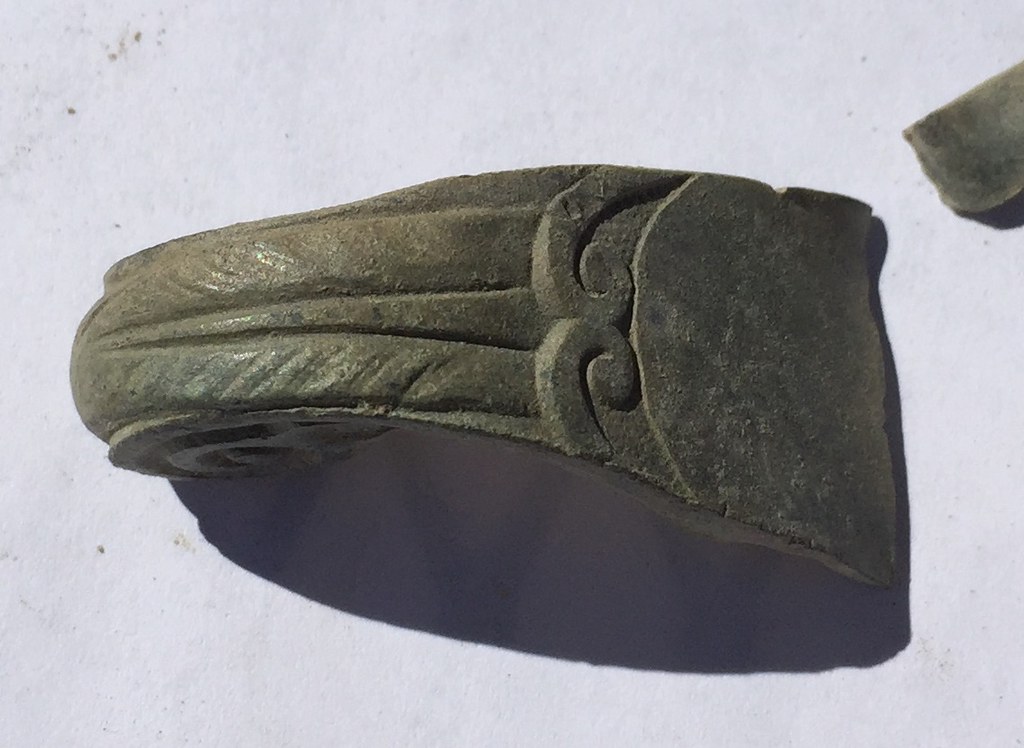 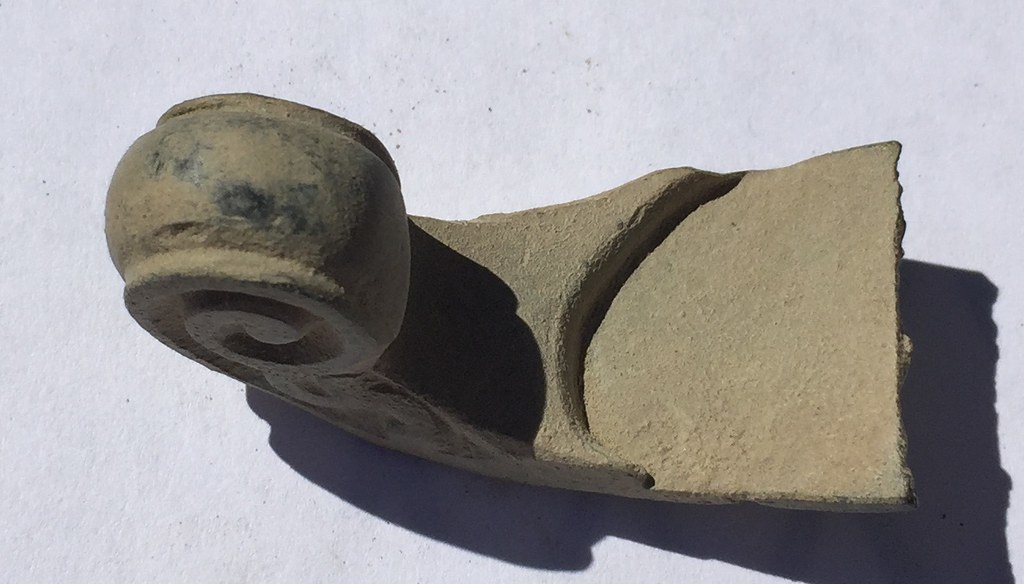 The next site is one that I've known of it's existence for ten years, but it wasn't until I brought Tom out on a ghost town trip, that we discussed the site, and decided to get serious about locating it. It took lots of research time and a few trips to the area to finally find the X marks the spot location. Now that we have, it seems to be a virgin site, all but forgotten to time. 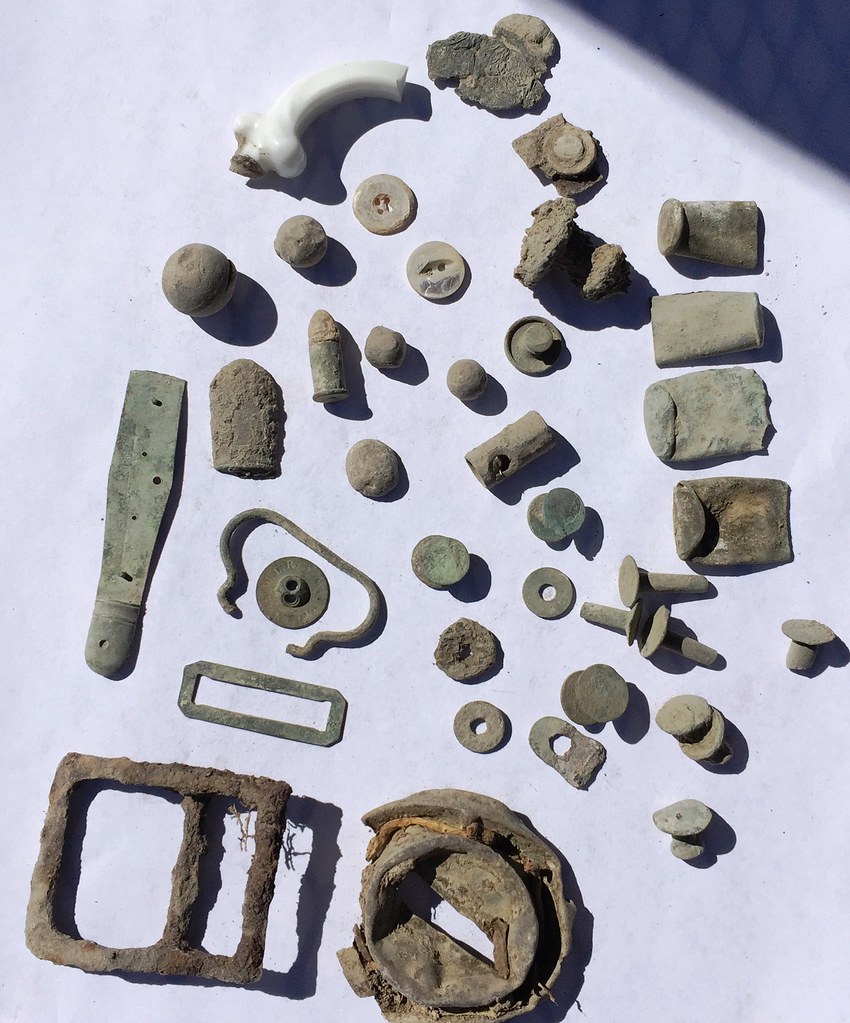 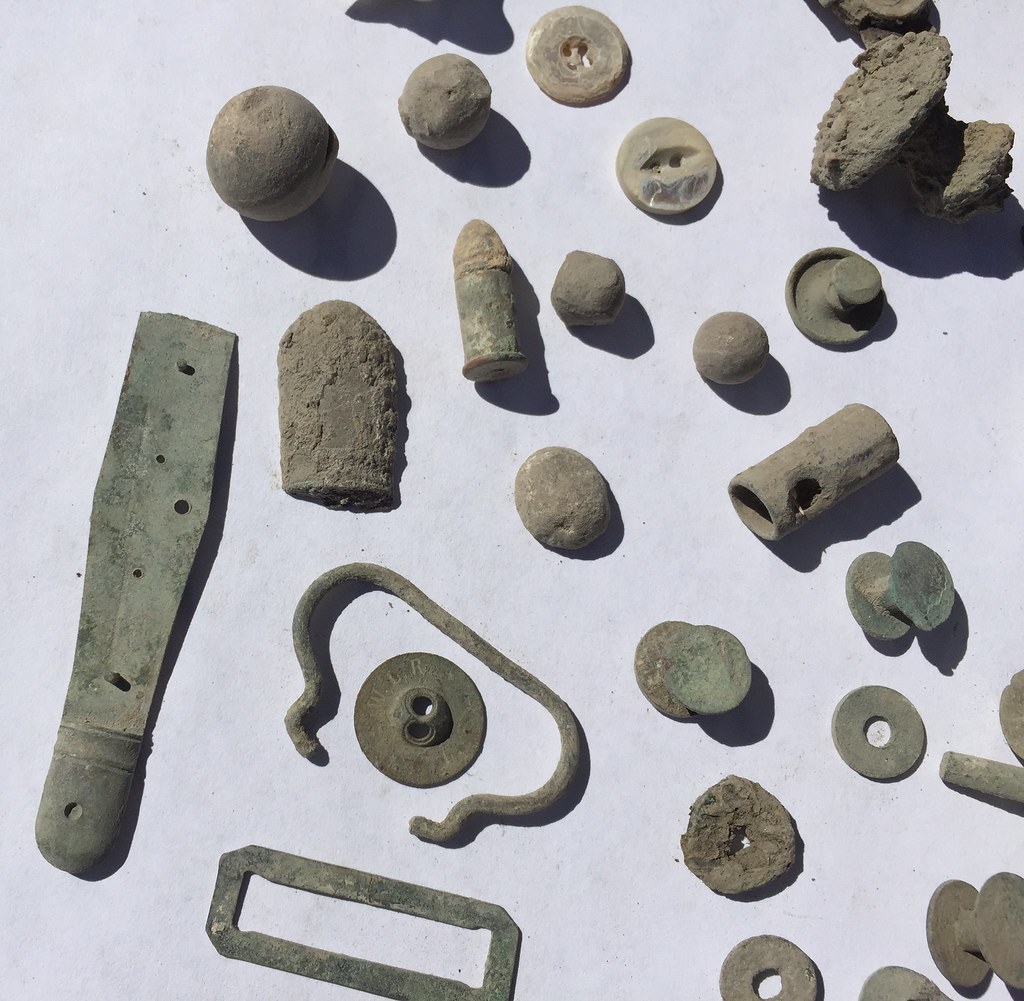 Here's a video I made while digging the coin, had no idea what I'd really dug until about 60 seconds after the video was over and Tom checked PCGS to see if it was a rare date or anything and holy cow:

Thanks for looking and HH,
Brian

Congrats on an incredible seated! Seems your R2 is anything but obsolete!
Minelab Detectors Used:
Equinox 800
E-TRAC
X-Terra 70

Wow what a doozy! Great save on that Seated Quarter you won't soon forget digging that one!

I dug a 1916D Merc last year that I posted here, but this one is far more rare

Man WTG!!
I'm gonna have to get me a Obsolete!
N

Had to break the cf77 out for a few swings after I saw this..Those obsolete units still find it all..Well done
C

Thanks everyone, I think the Racer will live to see another day, at least until the Equinox proves their statement that it'll make all of our VLF machines obsolete innochio