If you have any questions or need assistance with this, click here to go to Find's Support Desk form

Ok, it's just a spill of two Morgans, but it doubled my silver dollar lifetime total! I was hunting for Civil War relics with my digging partner (we both swing the CTX), and thought I was digging up a belt plate at first until the large silver disc shot out of the dirt. After the shock wore off, I re-scanned the area and got an identical signal. Sure enough, Morgan number two emerged. It was a good day, to say the least. We found some Civil War relics also and, not to be outdone, my partner dug an 18k gold men's ring that has probably $500 of gold in it. I made a video clip of the VID numbers on the second coin, in case you want to take a look. 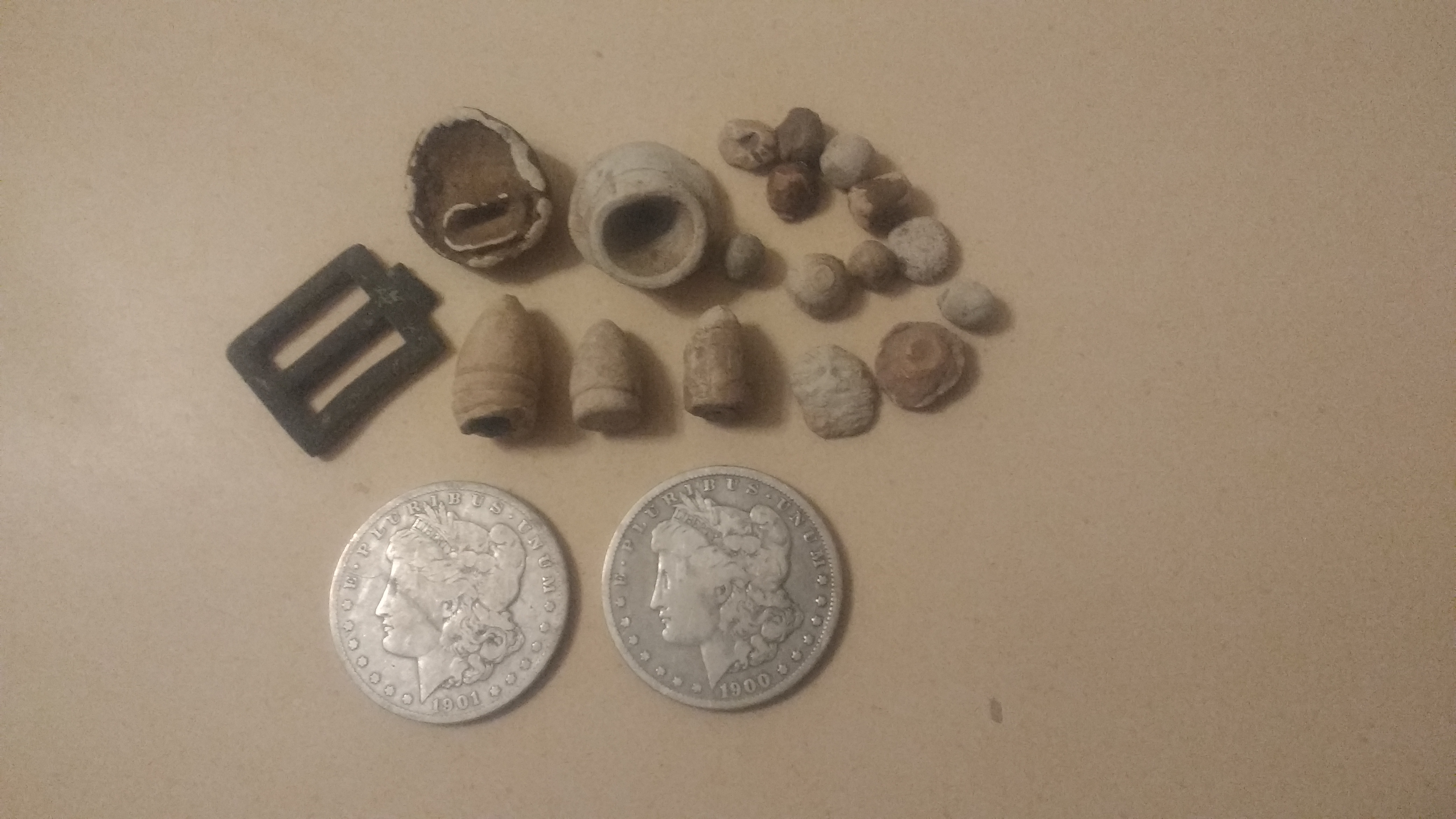 Incredible Bryan ! That must’ve woke you up pretty quick! Can you imagine back in the day running around with 5 of those things in your pocket??? You guys found a hell of a spot, congrats to you both!
CTX,800,Explorer2,IDXPro-M,Compadre
T

Awesome! That will wake you up...

Thanks fellas! It does make me wonder how they got there. Was it a hunter? Hiker? Or maybe a gentleman taking his lady into the woods for a little alone time? I just hope he wasn't counting on those Morgans to buy her dinner that night!
Bryan in Missouri
"MidMoTreasure" on Youtube
www.midmolawyer.com

I've only found one silver dollar. They feel heavy when you find one detecting. Congrats.

Nice finds! found two in my 4 years detecting well a morgan and a peace dollar! well the morgan had a walker right next to it!
Psalms 24:1 The earth is the LORD'S, and all it contains...But God shares with us who search
M

HOLY SMOKES! That is outstanding, ironman!!!!

Nice Work! Now you are primed and ready for the $20 Double Eagles. That's how it works, seeing you have found gold already. Like things attract. Keep up the Good Work!
S

Nice finds. All the silver dollars I have found have been in old barns but one.
T

Beautiful coins. My favorite coin of all time.